Posted on February 11, 2016 in Uncategorized 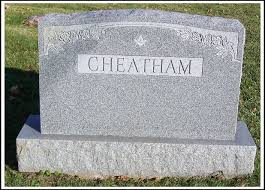 (He remembered, after reading it, Freud’s comment about melancholics: they very often speak in the third person, unwilling or unable to dissolve the frozen sea locked inside, no ax to take apart the monuments, frozen in memory, past scenarios set to repeat, warding off the aftereffects of death and disappearance, the aftereffect like those nocturnal machines grinding away in the distance, trying to fold-over all the Others that can’t be digested or faced away, no they are beyond frozen in the monoblock of past spaceness and timeness, knocking the, dead I suppose, out of time and space. Thinking stops at death, sitting at the foot of the tomb stone impossible to proceed AHEAD, get along with life because its NOT life, maybe Something else but not life. He read today of a new experiment of totally freezing small mammals brains in a block of substance, preserving all its features while it was alive and not yet deteriorated thereby leaving open the possibility of resurrection…but what if there were a lament the creature made, a cry, a scream that had been captured at the final moment of freezing, that final state continuing potentially for ever, never resolving itself by collapse but enduring–in pain, in lamentation–for ever in null-space. And then he looks around at all the tombstones he passes and walks amongst every day, cascades of sepia animated snapshots briefly flicker, each making a final movement or gesture as he passes relatives. a brief trembling of the frame. It’s enough to make him a melancholic for sure.)

At least one thing can be said about the various conflicts in the middle east, especially of the vaious monument destructions: they make visible that eternal war of the great Mothership of the Dead hanging everywhere in null space, with the boarding parties of the Living. And no one is really sure what that Trembling of the Frame means; science says it means nothing and doesn’t exist except as childish misty fair tale, and the other side says, well it’s hard to say anymore what the other side is. Myth? What is that?