The (square root of two) Resurrection of the Body: Hyrdrocarbon Angels Streaming Down the Gulf 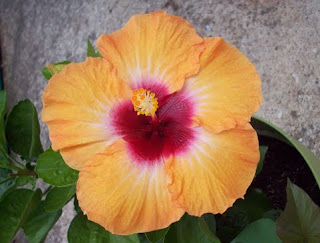 “Only a resurrection redistributes death and life to their places, by showing that life does not necessarily occupy the place of the dead.”
Alain Badiou: St. Paul …

“A higher calculus without remain(s): what consciousness wants to be.”
j. derrida, Glas

“… it is a question of opening up the earth—dark, hard, and lost in space.”
Jean-Luc Nancy, Dis-enclosure of Christiantity

“The (any) return is always a form of technic, always ahumanly existing before the human, and creating the human. To want to return to the before of return is to want to return to either the animal or the divine, difficult sometimes to tell the difference. [….] To want to see the singular (re) appearance of what has gone, died, disappeared: is that not the height of folly as well as the greatest experiment in the technical, the engineering of an alternate world, a world that is potentially present everywhere, all the time, a threshold continuously being opened and closed simultaneously, a world constituted by the individual subject, the human continuously striving for sovereignty, eve the object world brought along, skein of nodes: “In my view, which can be justified only by the exposition of the system itself, everything turns on grasping and expressing the True, not only as Substance, but equally as Subject.” (Hegel in Phenomenology of Spirit. This taken from a section in The Political Theology of Paul by Jacob Taubes. Shortly after the quote Taubes glosses this by referencing Spinoza and Schelling as they pursue it in a generalized sense but extends it by allowing as to the possible of the individual ‘I’ being included in the equations: this would have to be the materialist reserve of any possible Christian vectored resurrection, no generalized eastern resumption of essence but a full-flavored self, the ‘I’, as improbable and fantastical that sounds to modern ears.)”
Fehta Murghana from That Which Comes

Can a re-gathering of distributed being be considered resurrection? If it is a simple numerical dispersion, it’s a question of: can it be done by human structure or is it an impossible proposition? (We humans consider anything that we can’t do to be impossible). This, even though it has been an imperial command for since we became conscious,. There is something in us that wants to come back, sometimes against our best (collective) wishes. Is that something that knows better than our individual consciousness …or is it a simple remnant of past eras encoded in our thought, myths, conduct? Whatever, it forms the most formidable thought for those who can think it and none can really, fully, since to think it totally means that one has come back. Which means that it passes from thought/potentiality to a fait accompli, ceasing to be impossible, passing from mere zombie thought into total presence, into our very objects, environment, stones, machines, the cry of the inanimate becoming audible, the invisible becoming only transparent.
An interesting article by Fernando Vidal (Brains, Bodies, Selves, and Science: Anthropologies of Identity and the Resurrection of the Body, Critical Enquiry, summer 2002) covers a great deal of ground but a couple of quirky attempts to account for bodily resurrection are those of Bernard Nieuwentijt’s ‘stamen’ theory from 1714 and Charles Bonnet’s ‘other brain’ theory. Stamen means filament or thread and if resurrection is possible, reasons Nieuwentijt, then identity must be somehow ‘threaded’ through matter and time, reproducing itself or hatching, like the stamen which continues the flower, into matter but keeping some ur-identity. Vidal glosses this in a footnote: “The stamen theory, which may be called the germ theory of bodily identity, has a descendent in Saul Kripke’s notion of the necessity of origin, according to which a person’s identity is ultimately defined by genealogy; the one thing we cannot be is the offspring of parents other than our own”. See Saul Kripke, Naming and Necessity, Oxford, 1980. Of course this has the taint of that now much feared idea of essentialism, not to even speak of the taint of questions of origin. This reference certainly made me go back to the venerable Kripke book.
Vidal glosses Charles Bonnet (late 1700s) thus (I quote at length because it seems oddly prescient for a futurist, cybernetic world):

“Personal identity depends on memory (Locke’s thesis), and memory is based in the brain. It follows that, if man is to keep his identity in the afterlife, his soul must remain united to some indestructible organ, perhaps the same that functions as the seat of the soul. Bonnet describes it as a ‘little ethereal machine’ and as an ‘indestructible brain’ encased in the brains of our terrestrial bodies. In addition to being the seat of the soul, the little machine is the germ of resurrected bodies. I will therefore act in truly embryological fashion, producing bodies in accordance with the preformationist emboîtment theory of generation.
In short, our present brains enclose another brain, destined to develop in the afterlife and to restore our identity, personality, and boy together. Since the resurrected body will be spiritual and incorruptible, the ‘small human body’ hidden in the seat of the soul must be physically different from our bodies of flesh.”

Perhaps the mystery is not that things are different but that they remain the same.
Perhaps science (or at least science’s ‘body,’ technology, the point at which idea becomes material) is another venue for the mystery.
Some wait, as if paralyzed, waiting for the dream.