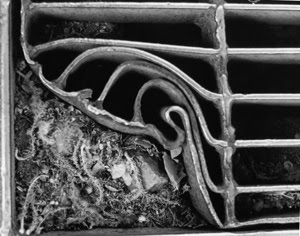 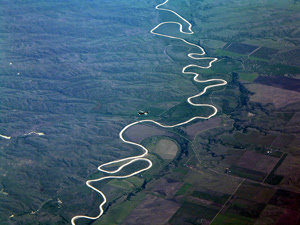 ( The land has a geo logic which we seldom encounter directly but which imprints us from birth, a labyrinthine twist which often seems to be embodied only much later. The twisting but flattened gyre of the Mississippi River has been a spine for millennia affecting a genea-logic. Is the deformed iron grate reforming or deforming? Coming or going back to its urform?)

(Still trying to kick this blog to life…there will be a third start.)