Outside the Borders of the District: on District 9 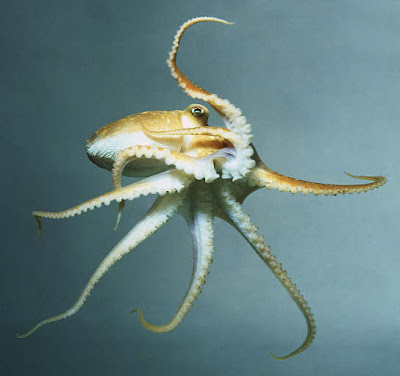 Outside the Borders of the District: on District 9
part 1

“At first glance, it appears that the uncanny is a fear of the familiar, whereas nostalgia is a longing for it; yet for a nostalgic, the lost home and the home abroad often appear haunted. Restorative nostalgics don’t acknowledge the uncanny and terrifying aspects of what was once homey. Reflective nostalgics see everywhere the imperfect mirror images of home, and try to cohabit with doubles and ghosts.”
Svetlana Boym
“In all mourning there is the deepest inclination to speechlessness, which is infinitely more than ability or disinclination to communicate. That which mourns feels itself thoroughly known by the unknowable. To be named – even when the namer is Godlike and blissful – perhaps always remains an intimation of mourning. But how much more melancholy to be named not form the one blessed, paradisiac language of names, but from the hundred languages of man, in which name has already withered, yet which, according to God’s pronouncement, have knowledge of things …
“In the language of men, however, [things ] are over-named … over-naming as the deepest linguistic reason for all melancholy and (from the point of view of the thing) of all deliberate muteness.”
Walter Benjamin
“Time is precisely the impossibility of an identity fixed by a place.
[….]
While place is dogmatic, the coming back of time restores an ethics.”
Michel de Certeau

Giorgio Agamben begins The Open with the now-famous passage concerning a painting in the back of a Hebrew bible from the thirteenth century of animal-headed humans at a banquet table of the righteous on the last day, a possible reconciliation of the animal and the human at the point of concluded humanity.
However, with the power of computers in special effects we no longer have to wait for the reconciliations ofthe end of time and concluded humanity, since chimeras are the bread and butter of the film industry. And while theriomorphs (the combination of gods and beasts) can only be simulated who is to tell how far that simulation will, in a thousand years, eventually reach?
District 9, while giving off the glint of a simple metaphor of apartheid, transferred to stranded space aliens, would indeed be a weak film (as would the whole concept of science fiction) if that was the only conjecture/concatenation being proferred. (The very same ‘weak’ thesis of the movie was put forward by the-president Ronald Reagan in the context of a world that would become united if there were the threat of invasion by space aliens.)
The deeper reading would be two fold and each related to the other: 1) the nature of the exilic condition, of homelessness (and the relation to the uncanny); and 2) the relation of the human to the animal (and that unsettling of relation to one’s own body as home and the uncanniness that results).

The next day after seeing the movie, I recalled the place of the hand in Heideigger’s meditations on techne (the well know ready-to-hand and present-to-hand) and Derrida’s attempt to investigate the undecidability of touch and the hand (in both Jean-Luc Nancy and Heidegger). Now is not the time to rehearse any of these positions other than to point out the primacy of the human ‘hand’ in the movie as it turns into its alien other – which of course would be closer to the parallel of the hand associated with the radical other, the tentacle.