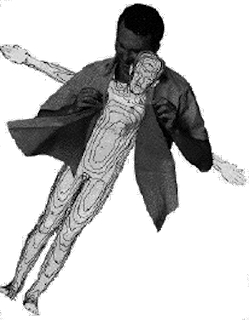 Living in The Town produces satisfactions and recriminations, just like living everyplace nowadays. Every place seems much like every other place. And of course the general banality of every place is filtered through the spectacularity of the Screen, either smart phone, tv or computer, acting as ‘chips of messianic time’, the very nature of the technical, slowly but surely becoming what amounts to ‘self-awareness’. It has to be put into scare quotes because of the problematic nature of both the self and awareness now, as we becomes dumbed down while the global machine is becoming smartened up. It becomes another question as to whether we are becoming more alienated (that is, sundered apart from any sort of ‘authenticity’, the bete noir of the current election cycle with the hunt on for the authentic politician, a politician, in other words, who is wholly what she/he is, all parts available for all to see), or whether a field of transparency is opening up, the possibility of outing anyone about anything, no secrets allowed, which means basically no privacy allowed, since dark weeds can grow in private, better to have done with it (at this point the dividing line between pornography and its other becomes imperceptible).  After all, when it comes right down to it, from a demographic sense we are pretty much interchangeable generic comsuming units. Historians can look backward from here and see that where we are, is where we were always coming to. Nothing to see here folks, move on.

Even if one were to say that such a creature is improbable now, the world wide telecommunicative smart system we are building is busily creating ‘systems of tranparency’ to fit into an infinite plane of Now, a place where the only thing coming is the next new app, or techno gadget but meanwhile odd pieces of one’s self becomes sequestered in equally odd places, stuffed around in odd memory holes, archives for the haunted dead, bequeathed to various libraries that no one reads anymore, the various identities split in non-localized spaces, dualities not only not going away but coming to fruition as amulets, tokens, hidden visibilities, fetishes, waiting  for reanimation and/or quantum superimposition, the Coming Community lying in wait in plain sight probably at the clawed feet of Benjamin’s angel, a ‘pileup of debris, futility and failure.’

“Sanco Panza and Odyssseus have this in common: both saved themselves using ‘inaadequate, even childish means.’ But [….] Don Quixote was a puppet. It wasn’t he who spent years reading chivlric romances and losing himself in feverih dreams. It was Sancho Panza, who quickly grasped that those stories, with all the demons they roused, would soon have killed him. So he concocted the figure of Don Quiote. [….] Once he had found a name and it had become a character, it could be oberved from a certain distance rather than simply endured. And above all he’d get a chance to think about other things.”
Roberto Calasso, in chapter 5,, Powers,  K.

But if the only thing which is Coming is one’s self writ large…how boring (unless the self, and body, is much much more than we currently think it is, viz; Spinoza).
How much more pleasurable, exciting, mysterious is the Acheiropoieta.  No wonder we are suffered to view continuously unveiling of odd images on Mars and every new stellar discovery! The only place that such confoundingly contrary images can appear is though the aegis of the super machine scopes, electrical and optical, and in outer space, inner space being rapidly foreclosed through other machines, the only thing left to the human is a perpetual Waiting.