Posted on September 2, 2015 in Uncategorized 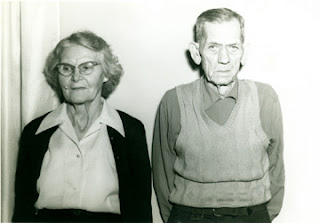 Complete Financialization of the Void
Slim knows first hand the corrosiveness of melancholy, knew that melancholy’s first cousin was depression and it’s horizon being death.  And acidic memory, no matter how sepia toned in its glory, was incubated in tight spaces, the closeted intervals between the an emptiness, a void, on the one side and an effulgent infinity on the other (ok, maybe a bad infinity—but who’s to know?! Who’s got the time? Contrary to Mick Jagger, Time is NOT on our side). Buridan’s Ass all in all everywhere. https://en.wikipedia.org/wiki/Buridan’s_ass  And yet the other contradiction is that that narrow space (jail cell, bedroom, cave, scooped out space underneath the Muscodine vine in early summer, carved out space for the imagination hanging with a telescope on the side of a hill, looking at the Seven Sisters) is also a crack, or a strata that runs backward and forward, the site of all wonders and monstrosities.
O. was sitting with his head hung between his knees, head supported by both hands:

“I am reminded of this now, for recollection, like archaeology, is a matter of sifting through ruins. Memory is frail and untrustworthy, tainted by desire; what evidence remains is fragmentary, shrouded in the mystery of the irretrievable past. You cannot recover history; you can only reconstruct it, build it anew from the shards that have survived, searching always for the seams between the strata, those places of demarcation between the city that was and the city that would be, between the self that you were and the self you have become.”
Dale Bailey

A nest of specters hanging around these vents: home, home sickness, homeliness, homecoming, uncanny/unheimlich, core concepts which threaten to bickle complete financialization and which complete monetization can only control, get under its belt, by destroying, little realizing that destruction is the bete noire of home, the extremely compressed hiding space that kept the world bundled together. To destroy those straps is to destroy the world and to substitute a new, altogether more monstrous simulacrum of home, one based on the abolition of memory. Buridan’s Ass again, along with another medievalism, Ocham’s Razor: the elimination of unnecessary entities….including memory.