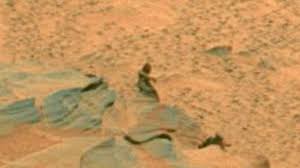 Fear of big words. Love of big words. There is something off-putting in a big word for some people. For others the obsidian obdurate monumentality of such words (they hardly constitute a language they seem so singular, and even fearful in their unreadableness) are like catnip to others.

Acheiropoietos is one of those words. Strictly speaking it means an icon not made by human hand but the aspect of a divine figure coming into existence miraculously, presumably coming into existence in a blaze of glory and grace leaving a material imprint through transfinite immaterial forces. The Shroud of Turin would be such  a residue of a transfinite state. It is perhaps the numinous state to which  secular pariedolia aspires but which has been hijacked by the human propensity to see patterns. And after all, perhaps unconscious image formation shares something with the inhuman. We know (or take  it on faith that we know) that such a thing exists, that is, that at the center of the human is the blind combinatorial power of matter meshing with energy, with a dash of noise. In fact, that is life imagined scientifically. But a handless hand is too theological for most to undertake (although a ‘tentacled hand’ i.e. alien manipulation seems marginally more acceptable though it is basically just kicking the can on down the road) just an elision that throws the consciousness out with the bath water.

Obviously a textual abyss –as well as other sorts of falls, swoons, raptures and syncopes–opens up beneath our tentacles which no amount of word pouring can fix into place. All attempts to stabilize the event of what it is to be and know, seems to increase the oscillation. Thats why pariedolia and acheiropoietos forms an active dyad (or perhaps a Benjaminian dialectical image stabilizes for a moment until the next unsettling). thats why the banal and the generic are place holders for tthe transcendent these days, dwarves hiding in washtubs.

That dyad in a small town operates on the gyre of the graveyard and the hospital, shuttling between the genealogical pariedolia of birth and remembrance (“He looks just like uncle Norman”) to the hands off faded writing on the wall and faint whispers of the biopower of the old-folks home and the hospital….perhaps the secret center  (but secret out in the open like the purloiled letter) of all small towns. And perhaps why Mississippi is such an unsettling writing state of mind: religion, remembrance and race, most of it generic and subterranean, invisible but active.