Posted on December 1, 2015 in Uncategorized 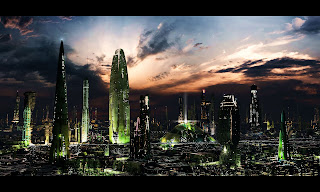 All true, all lies. From a long dead conversation:

…to do something. Either you go to Mississippi and get him back or you forget about it. That’s all there is to it. No big deal.  Just do it and get it out of the way. You don’t have any performances coming up after this do you?

Which question do you want me to answer?

You asked me three questions. Which one should I answer?

What?! She fumbled with the windshield wiper but no fluid squirted out. The war of the greasy whorls.

You asked me three questions, which one should I answer?

He leaned into the windshield to look at the sky again. It was still there. Now there were also some steady purple lights, much lower down.

They passed through the perimeter defense and the car clucked to itself as it was queried and passed in two seconds. The small terminal screen lit u and Joan punched both their ID numbers in. He could see other small cars across the eight lane expanse. Occasionally their interiors would light up with wan blue light from their vidscreens as they were questioned by city computer.  They looked like a new form of firefly. He wanted to tell Joan about fireflies, how he used to catch them as a kid and release them in his room at night. Early on in the evening they would be close to the ground. By midnight they would be close to the tops  The firefly cars were rising to the city. He wanted to tell her but he couldn’t. It was like he was held with some mysterious new form of gravity. A gravity that made the space between people dense with meaning but by virtue of that very denseness it became impenetrable. He wanted to tell her about giant metallic firebugs, to create grand schemes of analog and metaphor, of catachresis and paraphrasis but he couldn’t. The gravity was too strong.

Occasionally a long black form would rustle by them, the insignia of the New Theocratic State beaming out the front…..

Not to be continued.