Posted on February 25, 2016 in Uncategorized 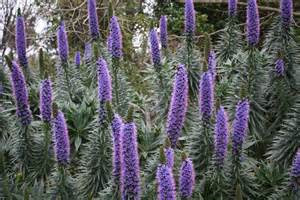 This town loves flowers with a passion, even/especially indestructable silk ones, love indentured to death’s subterranean roots. Perhaps the gallery will do a show called The Flower World and it will go like this:
The Flower World

See the flowers, so faithful to Earth.
We know their fate because we share it.
Were they to grieve for their wilting,
that grief would be ours to feel.
There’s a lightness in things. Only we move forever burdened,
pressing ourselves into everything, obsessed by weight.
How strange and devouring our ways must seem
to those for whom life is enough.
If you could enter their dreaming and dream with them deeply,
you would come back different to a different day,
moving so easily from that common depth.
Or maybe just stay there: they would bloom and welcome you,
all those brothers and sisters tossing in the meadows,
and you would be one of them.
Rainer Maria Rilke – Sonnets to Orpheus II, 14

Not withstanding Rilke, the flower (or is it ‘flowers’; sometimes it seems that there can never be just one flower–although the presenting of a single red rose carries a certain density) occupies a special, but dual place in human affairs. In art the flower/s present us with a certain dialectic shall we say, inhabiting on ‘one side’ a golden transcendental romantic realm and on the other side of the fulcrum, a lesser world (or at least, more oddly, both present yet distanced) a silver world, almost universally a modernist double-speak ironic, even kitschy, a schmaltzy universe.  The good thing is that the artist does not necessarily have to choose between the place of heaviness, the place of transits, of thresholds, of initiations, births and deaths, does not have to divest herself of a light-heartedness to favor the weighty, since the flower is always patiently there on both sides of what often seems like a civilizational divide. Flowers in and of them-selves seem to be harbingers of human civilization. (Anthropologists have often remarked of dead flowers left in the graves of Neanderthals as a sign of their closeness to Homo sapiens enculturation. Writer Clifford D. Simak has even written alluringly in his novel All Flesh is Grassof an alien civilization made up of intelligent flowers, faceless and selfless but unitary, not ‘sullen slaves’ as Rilke puts it but joyful accomplices to the human project.)  Flower/s are love’s body in the making, root stem and heaven’s tiara. And always a feast for the artist.
Pinelandia Gallery offers the artists love affair with the flower/s. contact the gallery at: etc

“We’re involved with flower, fruit, grapevine.
They speak more than the language of the year.
Out of the darkness a blaze of colors appears,
and one perhaps that has the jealous shine
Of the dead, those who strengthen the earth.
What do we know of the part they assume?
It’s long been their habit to marrow the loam
with their own free marrow through and through.
Now the one question: Is it done gladly?
The work of sullen slaves, does this fruit
thrust up, clenched, toward us, its masters?
Sleeping with roots, granting us only
out of their surplus this hybrid made of mute
strength and kisses — are they the masters?”
― Rainer Maria Rilke, Duino Elegies/The Sonnets of Orpheus