Well, I would like to say here we go but we are still floundering around trying to get the wings screwed on this gallery thing in order to get it to take off. I have to try to relax but, y’know’ that’s the way it goes with any new enterprise. I’m crossing my fingers as well as everything else until it lifts off. 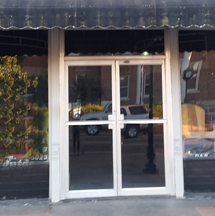 PRESS RELEASE FOR PINELANDIA ART GALLERY
Robert and Sloane Cheatham are pleased to announce plans for a new art gallery in Philadelphia, Mississippi. Native son Robert Cheatham, wife Sloane and son Rowan have returned to the Cheatham homestead and are beginning the first steps to make Philadelphia home base for Pinelandia Gallery. It’s name references the great timber and logging industry which has long been the regions calling card. Well known Atlanta artist and art activist Cheatham says, “I so well remember the piney woods from the old family farm in Demmer. We have experienced great support for the project amid the great hospitality for which that Mississippi is known and for which we are thankful.”
Cheatham says the first part of the effort involves a crowd sourced fundraising effort. “Opening a real gallery is no small thing,” proclaimed Cheatham “and requires judicious planning, capital development and community involvement.”
Cheatham states that the fundraiser will begin on January 15 and will run until February 15, however folks may continue to donate to the site thereafter if the goal is met. Work on getting the gallery up to specs will begin in March with the grand opening to follow in April.  The opening show will be a pin-up show, followed by a curated thematic show.
The next press release will tell how to donate and follow Pinelandia’s progress.
Thanks and keep in touch.
orbcheatham@gmail.com