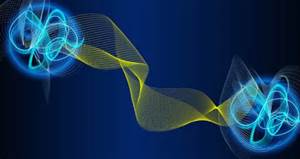 He had been reading…slowly surely–a book of essays  ruminating on the similarities (and presumably differences) between Martin Heidegger and Walter Benjamin. Edited by Andrew Benjamin, the volume is entitled “Sparks Will Fly” based on a  remark by WB that if he and Heidegger were to ever meet ‘sparks would fly’. The enmity of Benjamin toward Heidegger being well known—(although it’s doubtful that Heidegger took too much notice of Bemjamin; perhaps the book will explore that notion). He, having no ax to grind and no sparks to produce was more intent on the happenstance of the first article, called by the formidable Peter Fenves, Entanglement. This the famous quantum postulate that two bodies (of whatever import) once entangled cannot be disentangled, a result of the famous experiment in non-locality called the Einsten, Podolsky, Rosin experiment, the origin of the famous term ‘Spukhafte Fernwerkungen or, spooky action as a distance. (At the moment his little associative boat threatens to capsize by spooky signaling before he ever gets to his meager point).

Maybe a quote first: “….entanglement. The term was adopted by Schrödinger to emphasize the eerie inseparability of certain bodies that, having momentarily come into contact with each other, form a single system. Instead of unidirectioal flow, there are nonlocal correlations–which in the case of this study are the correlated construction of certain questions and use of certain words,including entanglement. As separability vanishes, so too does the idea of flow–or lack thereof, which would take the forma of a mystical nunc stans.”

Fenves agrees that the situation is ‘spooky’ and ‘uncanny’. And means that life is radically incomplete…meaning, I take it, that so would death then be, that entanglement proceeds into fundamentally spooky arenas of, of, well of nonexistence

He then as he drifted off to fevered, uneasy sleep ( he ha just recently had a minor surgical procedure) thinking incoherently of the cemetary where his father and relatives lay, perhaps as in a Mother Ship anti-dwelling in an oeneric/etheric realm of non-locality, being everywhere and nowhere, Schrödinger’s cat being simultaneous dead and alive…all living carrying the dead, sure, anybody could see that …but the dead also carrying the living??!! He can’t get the thought out of his head of the dead forming collations of ‘Mother Ships existing in some sort of static space, no-space, nill space and time while the living zip along as some sort of extreme particle through this null space and time…being eventually being ensnared by the null space of the Mother Ships…YIPES!! Shades of Judge Daniel Paul Schreber!!!