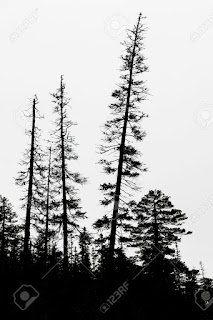 Why continue? He seemed irreparably damaged by the thing that pours from all the esurfaces of humaness , mostly an example of the fly in the flybottle. It seemed also true that the Law (capitalized because it is a hyper object, splitting everything down the middle, scooping out and eviscerating. The title of this bolus of words, Law, comes from a dispensationalist diagram, penciled, of the event of history and its end from baptist eyes, Law writ large in red, at the top, written by my grandfather Taylor a deacon as a ‘hard shelled’ Baptist, as they were called then, impermeable to everything but those windy gusts of the spirit.  But we are always midway between the very Beginning and the very End, two more hyperobjects, predefining everything for us and whether we like it or not. Afterall that’s what makes them hyperobjects, things which expand over, within and beyond the kin of humanity, anchored always beyond. It’s a bracing but wild thought, perhaps bracing BECAUSE wild, which blows delivered though the aegies of that thing which delivers the blows, as well as the wind–otherwise all is a morass of disonnected retinal stimulation, a patchwork of imagery. Otherwise a donkey delivering the message of the split into the Abyss. Otherwise a guy waiting mistakenly (Kafka) patiently to get through the crack in the Law (but which IS the crack) to find out only too late that he could always have just stepped though the gate. Although, and otherwise, not really. Both rope-which-is-the-Law and the crack running though all, and the Beginning and the End are all one and the same. This he thinks in the minutes between twilight starts, as the wind blows over the hillock in which the remnants of  George and Myrtle rest, waiting for a New Morning which will never come, unless it be though the venom of an Eternal Return, which draws back down to the pagan timeless and not to a grand termination of it all as the messiah ends  it and institutes a new Law…which most likely will not involve the human per se. But always this quest for a new Law, one which draws all the currency from the old account and closes it out…before opening a new one, with new percentages and ratios and new escape routes.