Posted on January 1, 2016 in Uncategorized 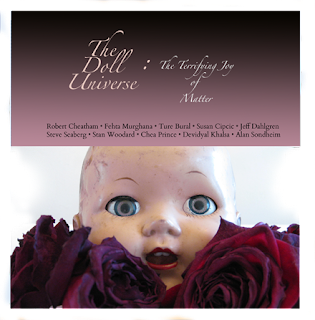 The season of the doll has mainly passed but of course it doesn’t entirely pass, it just comes into it’s own as they say. The tiny bit of hollow matter is archaicity fashioned out of whatever materials are available. Formerly corn husks, bits of rag, daubs of paint’; latterly, plastic and silicon chips. They, the doll (are they all one or are they pure multiplicity?), are so ubiquitous in all their forms that they must constitute most of the  debris that Walter Benjamin’s angel of history faces as it is thrust backward against its will into the future.

One inevariably thinks of  the doll worlds of Philip K. Dick also, the gnostic world of deceptive and burdensome matter as the hollowness of Perky Pat can be easily filled with  human support and struts. Perhaps the Doll Universe is that dead hollow think/g which mimics life is the thing which is coming and which has always been on its way: the Eschaton.