Posted on November 25, 2015 in Uncategorized 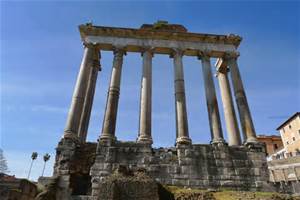 The phrase in this post’s title was used during the Roman empire’s tenure in the 2nd century BC during the Punic wars. It was an abbreviated form of a phrase which meant essentially, ‘Carthage Must Be Destroyed,’ Carthage being that Phoenician city-state in North Africa which kept rising from the ashes to remain Rome’s most intractable enemy.

It was used widely in Roman circles as a catch phrase, with Cato the Elder being famous for concluding all speeches with the phrase no matter what the speech was about. Rome finally succeeded in extirpating the threat by capturing the city and making slaves of the whole population of Carthage.

It was perhaps inevitable that the tables turned on Rome finally. I’m sure the phrase ‘Rome Must Be Destroyed’ was used many times as the so-called barbarian populations moved in as Rome spread itself into a thin web encompasing the world from the toe of the Italian boot to the blue skins of England.

It might be said however that the Roman Empire never really disappeared but rather got sublimated into the various forms of Western empire. Philip K. Dick said in one of his novels (Valis I believe), “The empire never ended” referring to the hegemony of empire as having one form in the Rome-Greek tradition…Certainly an intersting thing to think in the current world situation. In a way, within empire itself there are no small towns since they are extensions of empire in many ways..

At any rate, I began thinking about Rome after I had ended many posts with the phrase Something is Coming. Perhaps the feeling comes from absorbing too mcuh sci fi as a youth (and still!) because one of the primary affective facets of a scientific technological society is a feeling of something new coming down the pipeline, a release date, an eminent arrival of something connected to the pace of life and a need (or necessity really many feel I think) to be there for it, to catch up with the
New Wave’ (as adventurous jazz was called  the sixties) to be in with the movement, with the very core of progressivity itself. Yes, Revolution! Perhaps that has not gone away but that sort of a crytpo-milleninalism (or maybe enrypted-millenialism) survives and pulses steadily underneath, in full view of, and with the assistance of, the West’s pop products. In some ways so-called post-modernism was a verification of that peculiar apocalyptic which cam only be had through Kitsch and the banal and which small towns often embody
and where the profound, the ob-scene of kitsch,
goes to sleep at night
anyway.
Something is Coming.