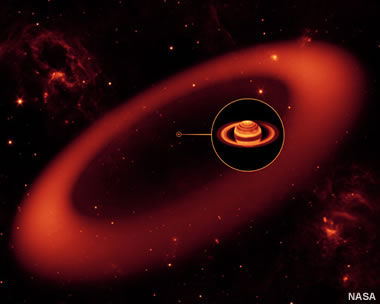 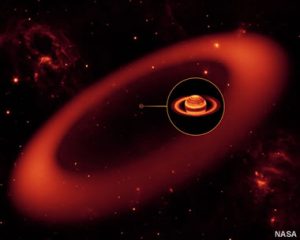 For those born under the sign of Saturn, that is, those of a melancholic disposition, they—I mean: me—often feel as though they are left holding the bag of time. Or maybe it should be called the Boxing Glove of Time, wherein they are left trying to always dodge a left hook but continually misjudge the punch. This, mainly because they are always looking in the wrong direction; or rather, they are always too farsighted and find it difficult to focus on the close-at-hand, which always seems broken to them. And unlike the Heidggerean thesis of the broken tool (that is: it becomes visible finally to the user), that broken-ness, while all too visible, is also shrouded in an opaqueness, obsidian, granitic in its misprisioned ‘everydayness’. One—I mean: me—sinks into a slough of forbodings, misgivings, and displacements from the Now—even to the extent of a repudiation. The solution is to view the extension of time, with all which that vertigo (keeping in mind the new focusing technique which Alfred Hitchock used in the movie Vertigo: a moving forward, while focusing back; recall also the scene in the redwood forest in re: to deep time) entails for the melancholic, and to draw it into ever deeper folds and distances. (One is reminded o the recent discovery of a huge new ring around Saturn, previously unknown). The melancholic is ‘happiest’ in the leaden folds, densities and depths of those distances and rings out beyond the sandbox. That is to say, he is happiest in his un–or non-happiness.) And certainly those densities can, in fact must be, carried inside, a singularity, seemingly not of one’s making, which continually peels away and abrades all senses of subjectivity and solid placement. If nothing else, this is what continental philosophy has taught us: that these aggregate distances – within and without – don’t disappear with the Machine and the New world which it promises, don’t evanesce into the positive pole of the currents of history, but are destined to perennially appear, an abyssal gate always in place, sometimes concealed — most of the time actually – by the mechanisms of the everyday, non-deep time world. The Virilioian fractionating of the world by speed and acceleration only papers over that time (the buzz word now is messianic time, inhabiting the ordinary world as chips and splinters, as Benjamin had it, occasionally puncturing through) but it continually throbs beneath the surface, waiting. And since it primarily ‘inhabits’ language, it is not eradicable but is only visible by the tensions it enacts, the torsions of nothing on nothing, a ‘face on the void.’

Under these circumstances, the sublime must puncture itself and release something more akin to the uncanny.

Deep time surpasses any notion of human, in fact makes a mockery of any valorizing of the human. The speck of whatever it is to be human is absolutely engulfed by time and mocks…well, it doesn’t even mock since mockery has to be a product of human sensibility; but at any rate it make hash out of all preconceived notions of everything and inasmuch as science is a human pursuit, tends to make short work of any such notion as well.

Gregory Benford has a book out from a few years ago called Deep Time and deals with a ‘simple’ project to retain human legacy over vast seas of time and to make visible the vicissitudes of relatively recent time, ten thousand years or so; it becomes surpassingly more difficult than one might think to assess its parameters. How much more daunting then to consider even past that mark, a mark that no one will see. Perhaps there are ways around such temporal constraints – but only under deliverance of what might now be considered a supernatural agency … and even so.

An admirable book by Quentin Meilassoux, After Finitude, has catalyzed a whole internet wave of considerations and publications on such speculations under the rubric of Speculative Realism (Check out the Uranomic site and what seems to be the house journal of SR, Collapse). But for now that is neither here nor then. What is the psychological correlate of deep time? And how traumatic must it be? Indeed would we become a society of monks? (as in Neal Stephenson’s new book Anathem; interesting also that Greg Bear’s book The City At the End of Time deals with such deep time – if not end of time – propositions. Oddly enough, speculative fiction often tends to be predominantly about deep time while religion and spirituality tends to be a coraling of such, Christianity being the prime example of containment. One might think it the other way round if they were not careful. Perhaps that is why science – and its henchman capitalism — of necessity must be nihilistic, while religion seems oddly twisted always back into the human community.; I suppose the waters can get quite deep here: Hegel might consider, on the contrary, science to be an example of bad infinity and not religion.)

While loss and yearning seem to be the benchmarks of melancholia, and hence endemic to the human prospect, or at least those born under the sign of Saturn, it does seem more properly a function of modernity itself, even as a side project of modernity. In some respects to be modern is to be forever home sick — but also and equally to be in denial of such. Perhaps that is why redemption must be forever a thing which always already occurred. Perhaps that is why noise bands, noise as element of composition, has become so…so now: it is the truncating of everything in a premature delerium, no fulfillment, no possibility beyond that null state; not a sounding of the catastrophe (to play off Blanchot here) but a crawling inside, an inhabiting of catastrophe, the complete truncation of Deep Time or any sort of time really other than a equally weighted implosive now. Perhaps a way of avoiding (one thinks) all possibility of homesickness, loss, yearning..but there is no more philosophical music than noise and ultimately there is nothing more empty and loss-filled than philosophical ruminations, nothing more sick of home and hence homesick than philosophy.

It seems to me appropriate that the new picture of Saturn becomes MUCH more encompassing, extending its rings into every finer regions. Reminds me of nothing so much as the legions of thrones, principalities, et cetera, all the other legions of angels moving eternally around god and passing away only to be eternally replaced.

Come to think of it, much like language also.