Posted on September 21, 2015 in Uncategorized 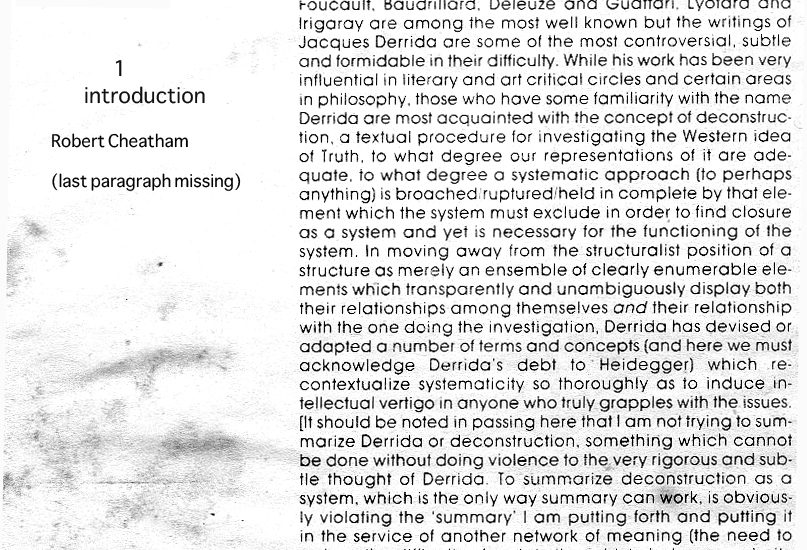 (I had originally wanted to insert a head shot of Derrida here but I found something more interesting: A video of Derrida on photography of himself.)

It is said that the heroic age of ‘Theory’ whatever it was, or is, has moved on to greener pastures, more productive of world access (or thing access anyway)–and a somewhat horrific world THAT is turning out to be, a seemingly Lovecraftian world in fact. And of course academic studies, even (or especially) those of a more maverick nature turn out to be even more susceptible to fashion, the cycling just works in a different and faster way with world wide instant communication. In the case of Jacques Derrida, perhaps there is more of a perennial nugget than was wished for by those who will come after.  At any rate, here is yet another ‘interview with Derrida’ which I found in old papers I was going though;  interesting, especially for those who weren’t involved in the deeper aspects of decon. During his life and afterward, there were some very dastardly things said about him and his incursions into the textual field (e.g., he dyed his hair white in order to obtain a wiser look or that his philosophy was a result of LSD usage were among the more execrable but memorable comments). I remember him as being very gracious and open, before, during and after the interview, unlike many of his critics.

At any rate here is another very small but also very belated homage to Jacques Derrida. (Ironically, ‘photos’ -jpegs- of the original article Thanks to Glen Harper and Jerry Cullum for asking me along on the trip… hard to believe it;s been almost thirty years,
Robert Cheatham 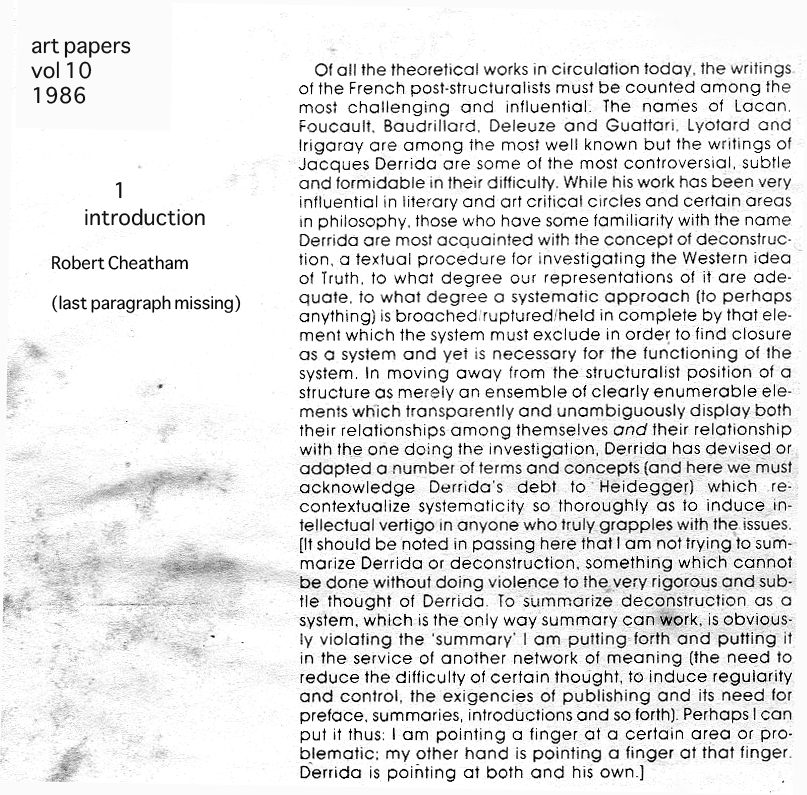 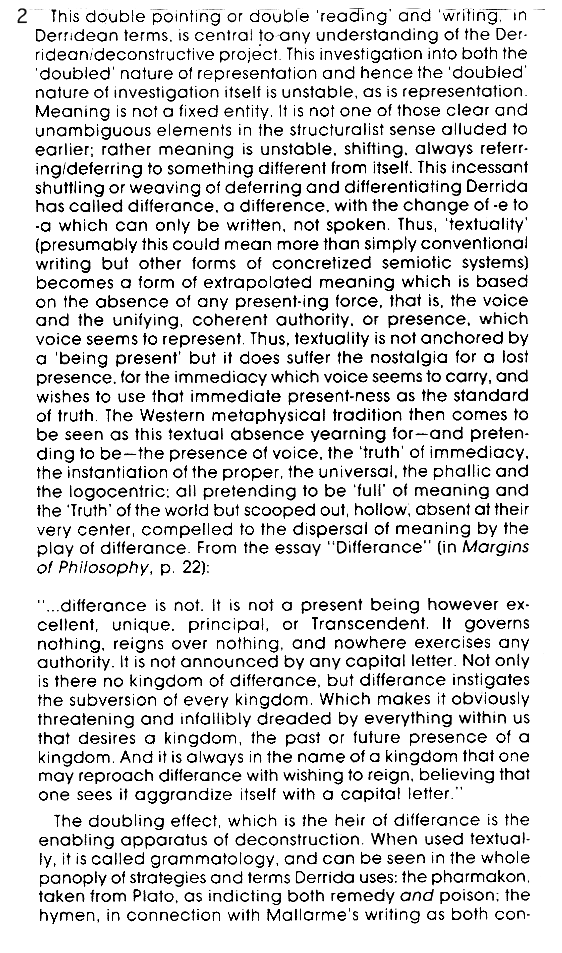 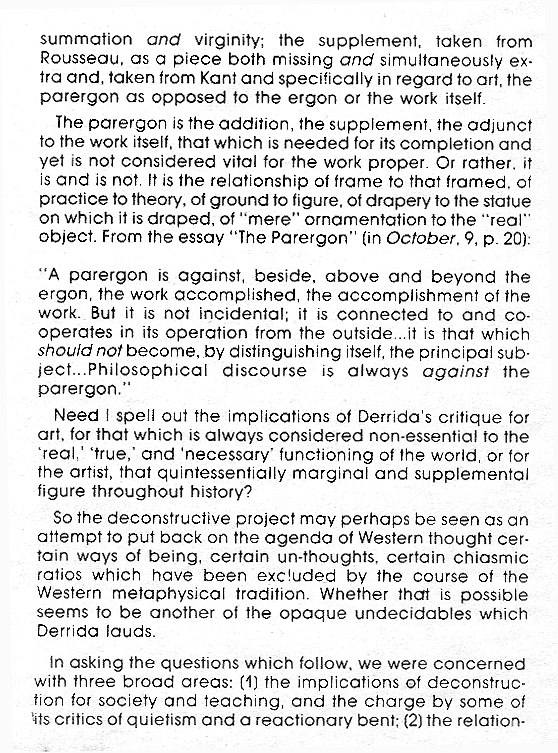 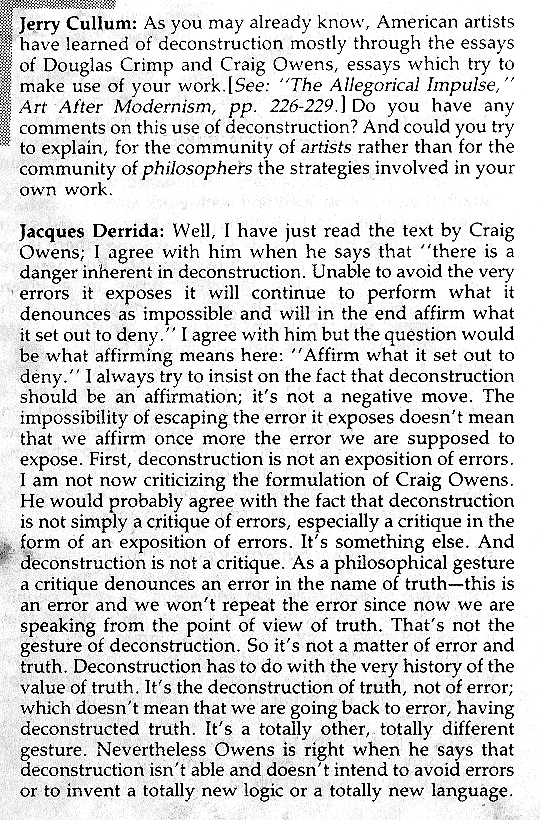 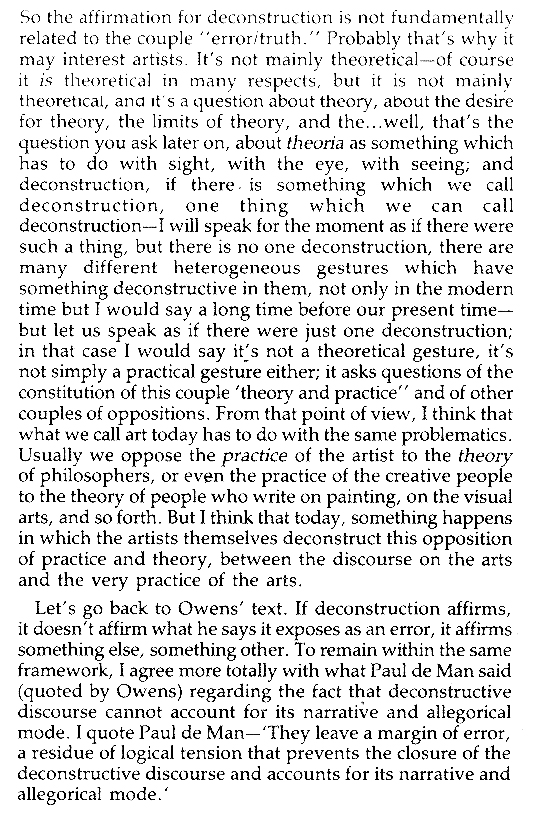