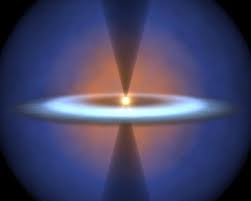 A recent issue of National Geographic magazine has a feature on the great animal migrations all over the world, that single-minded travel by all sorts of animals. Their travel is intense and often spectacular, braving incredible odds to reach Someplace Else.

Biologist Hugh Dingle has identified five characteristics that apply to all migrations: “they are prolonged movements that carry animals outside familiar habitats; they tend to be linear, not zigzaggy; they involve special behaviors of preparation (such as overeating) and arrival; they demand special allocations of energy; [ ….and lastly] migrating animals maintain a fervid attentiveness to the greater mission, which keeps them undistracted by temptations and undeterred by challenges that would turn other animals aside.”

I began to think about the article while I was sitting at a local coffee shop recently. I looked up from my conversation and noticed that all of the small tables had a laptop whose user was also plugged into headphones. I commented to those at my table that we were the only people actually present in the room in a way, all the others had vacated to some virtual space or other.

It often seems as if the whole culture is in a migratory mood, in some great hurry to get to some unspecified Other Place. And yet there is probably no one who would own up to such a feeling of necessity or urgency (or at least any sort of ontological urgency so to speak) — not that testifying to a mood is equivalent to actually HAVING the mood. And in fact such urgencies as migrations can hardly be considered as a mood but more like a drive, in the psychoanalytic sense of BOTH sexual urgency as well as a more generally applied meaning to the term ‘drive’, i.e., a ‘fervid attention to the greater mission,’ albeit ‘attention’ that defers attention from itself. Perhaps it’s the sort of drive which addiction brings, trance-like almost, to connecting actions and goal, a goal which is itself a rapturous, trance state, an emptying of self and filling by some foreign (although never really THAT foreign since it is very very close, so close as to be largely invisible, occluded, most of the time; David Punter writes very rapturously, attentively, addictively to all the phenomenological pendants to this whole complex).

Of course the most visible and blatant of such such raptic transport is waht might be broadly termed the religious impulse..or maybe spiritual impulse if the term ‘religious’ makes you wary.
But as a pure phenomena, and as such must remain hidden, it would seem to be omnipresent in everyday life, a utopic, in a strict sense of nowhere as well as another sense of everywhere, impulse/drive which must be continually policed, both by secular and religious authorities.

Certain;y this Great Migration is not a recent one for the human species. It seems to have first started with the migration of matter to life and then to consciousness. And who is to say that is the end? or what might be next? Our immediate experience of ANYthing is just far too short to make certain judgments and even our archives have certain flaws, as we are occasionally able to see through tears and abrasions in the surface of those collected memoires of ghosts and revenants, perhaps other flows and times, perhaps NEVER to be really available to this tarnished and tangled flesh. But who knows really? This flesh is still mysterious; I love this quote from a radio broadcast in 1966 from Michel Foucault. It leaves hope of a sempiternal salvation lying in wait somewhere in the folds of our fleshy being, something beyond the bounds (and binds) of our immediate being and experience but waiting, always waiting. Perhaps this will turn out to be the reason for our machines at the end of it all.

“The prestige of utopia–to what does utopia owe its beauty, its marvel? Utopia is a place outside all places, but it is a place where I will have a body without body, a body that will be beautiful, limpid, transparent, luminous, speedy, colossal in its power, infinite in its duration. Untethered, invisible, protected–always transfigured. It may very well be that the first utopia, the one most deeply rooted in the hearts of men, is precisely the utopia of an incorporeal body.”