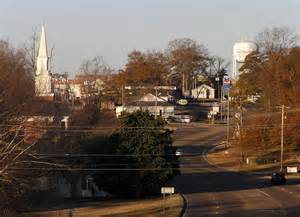 Last we met, he was discussing the amniotic fluid of nostalgia for place of birth, the peculiar mix of hope and catastrophe, the fatigue of living that the faint musty odor of nostalgia gives off, a sort of reverse osmosis.  Does it exist every where and every when? Surely not. Although it did seem endemic to certain sorts of philosophies and poetics, a keening notification of homesickness for ‘homes’ that didn’t exist anymore. The impact on prehistoric and deep time cultures like the Egyptian and those cultures which, having constructed cyclopean ruins in praise to whatever, found that they had to travel in the same footsteps for countless millennia, surely a hideous thought for the modern human where instantaneousness is not soon enough (one reason why we will definitely develop time travel to get there BEFORE the event happens, the message is sent, the information is coded if it is at all feasible—and maybe even more fervently so if it is NOT possible.) But what tropic modalities of the mind develops in such a grip of monumental stasis? It seems as if the figures which have been left for us have to do with death and abandonment, disappearance. For that matter, even now we know not what chthonic grip the outside has on us in our contemporary (apparent) fluidity so best to pave it over or look where the light is best near the closest streetlamp. Even though the obscene doubling of culture and life with uncanny technical döpplegangers may make it harder to make hay while the sun shines.

Meanwhile the Old Homeplace still glints and moans beneath the overgrown foliage (resembling nothing so much as a faery hill fort waiting patiently to take away the unwary), away from towns folks, who are preparing fresh coats of paint downtown to freshen up.