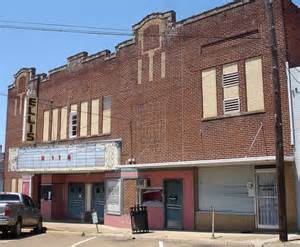 In the dark womb of The old Ellis Theater he and his kid pals had swum langurously on triple feature Saturdays. laying fallow for quite awhile, it had been refurbished. It now had a monthly movie series of an old motion pictures  (one of which he had taken his seven year old son, causing multiple cascades in the spatiotemporal Mnemonics.) . No doubt that luminosities shone forth as an Indoctritron, radiating at levels that would only slowly leak out over the decades to come. But indoctrinating to what?

He often used the year 1948 as a bellwether, the bell being placed around thousands of young throats. But leading where, to what aim? Truth to tell, he was dissolved into a science fictional universe of monsters, UFOs, mad scientists and the whole panoply of the weird. Much of the world he lived in now came from then. As he had written some other place:

“I can remember many clear and starry summer nights when I was a young boy, hanging out with my friends on the hood of the family car, all dreamy and wonder-filled after coming back from a showing of It Came From Outer Space, or Not of The Earth, or Angry Red Planet, or Forbidden Planet or any of a dozen other space themed adventures. These first cinematic voyages of the space age seemed like incredible irruptions in the eyes of an eleven year old boy, an enchantment coming from outside the frame of ordinary everyday life, and certainly finding fertile ground in those just beginning on life’s journey. But as much as anything else what we were witnessing was the first large scale demographic distribution of a redressing of the dismantling of enchantment by the Enlightenment, an approaching wave of the uncanny that was soon to turn into a tsunami.”

But in the interstices of this intricate kitsch–to which all art no matter how great was doomed to find its final resting place–perhaps Something Else nestled, some other testimony possible, available, waiting to be decrypted from the land of fog and shadow, waiting to be pulled off-planet, off-axis, gravity-free, childhood’s end–or just now truly beginning? …