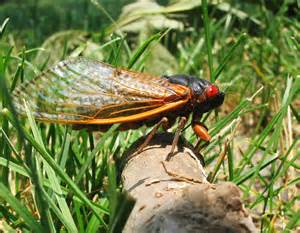 He had always thought of the year 1948, as well as to a lesser degree, the sign-in year of 1947 to be seminal years for the current state of the world. The first monkey astronaut went up. The United States recognized the state of Israel. President Truman started the Marshall Plan to rebuild war torn Europe. The world’s largest telescope, the Palomar Observatory, was built in California. Claude Shannon wrote the first paper outlining information theory in 1947. And much more such as the ten best film noir movies like He Walked by Night, I Walk Alone, Key Largo, They Live By Night, The Night Has a Thousand Eye and many more. The troops were back home and had brought a contagion with them: global conflict, suburban capitalism, mass death. Film noir encapsulated an existential dread, presaging Panic In The Year Zero, as not just a 1962 film but  a legacy and a concept. (The same feel he got when he watched the Walking Dead.) Most memorable line in …Zero: “there are no more civilians, we are all soldiers now.” Thus was inaugurated the sublimated march of American modernity (and hence the world); the human brood that hatched then and around that fateful year would bear the brunt as well as the pleasures of what was to come and the ‘progress’ –toward what?–that never ceases to come. (In the background then and increasingly so now) are always two options given: the messianic saving in one form of other, machine or tyrant; the other being existence in a catastrophic landscape of nihilism. The one of Law and nothing to either side of that: a coercive vacuity or..just vacuity.  Chaos generates the law, but only the law will allow us to gain access to chaos. Roberto Calasso.  The subtle body began to shimmer on screens worldwise but all in search of an alchemical perfect body, perfect fusion.
He could say that well, he was stored away in a little southern hamlet (like thousands of others in the brood) but he and all others were locked away in the grip of the image (what is it?!! What is it??!  ‘can’t tell, too diaphanous’) becoming more solid.  And like the Magicicada periodicity they all came out together. and like the periodicity of certain bamboos flowering cycle of up to a hundred and thirty years (where they all flower and die at the same time no matter how differentiated in locale or climate, no matter how far apart they are.) No one knows the exact mechanism.
Thus the perfect body of childhood is locked in. Looking back, O how sweet it felt to him; watching his son only intensified the sweetness, a nectar that seemed to ooze from everything, every memory, every section of the street, the hill,the storefronts, even those long gone he easily glazed past what is into what was, giving a bitterness, no, he guessed it was reality that was so bitter, the minefield and perpetual power struggles of what it was to be a sane functioning adult having moulted into at least some hardened shape to withstand the blows.
But if O. were here he knew what he would say:
quit your hypomystical mooning!
Tell colorful stories of bb guns and boomerangs
of back dirt roads, of moonshiners and uncles gone bad,
dying of liver failure, vignettes of crazy aunts, of race, sing kum ba yaa,
tell stories of pink ’57 Chevies, of ramshackle farm houses,
of twins with green teeth, digging up ants and putting them in jars,
of building huts and forts, ‘we were like dogs, twisting in the high grass…’,
of flowing around on soft summer nights
with cousins, hard at war,
of despicable dry summer afternoons, the deadness so palable you could snap the day in two like match sticks, tell stories for god sakes, not this misrable rumbling around, sniffing the air like that mad dog…for all that just tell mad dog stories.
SOMEthing ANYthing
,
But no one knows the exact mechanisms.